This is Scientific American — 60-Second Science. I'm Christopher Intagliata.
Every winter, huge hordes descend upon the parking lots of big box stores. Not Black Friday shoppers... but crows. There's videos all over YouTube.
(YouTube clip: "And as you can see they're in the trees, they're on the rooftop over there, and it's like Hitchcock's The Birds...")
"So sometimes there are 4,000, 10,000, even 20,000 birds in these flocks."
Andrea Townsend is a behavioral ecologist at Hamilton College in New York.
"They're really noticeable because what they like are urban areas. So you'll see them in well-lit urban parking lots. That's sort of their favorite place to spend the winter."
Crows, she says, are what's known as "partial migrants." Every year, some members of the population migrate between breeding grounds and their overwintering grounds—like parking lots. But others just stay put. So Townsend and her colleagues wanted to know if that urge to migrate was something individual crows can turn on and off?
To find out, they captured 18 crows from overwintering spots in California and New York. They fitted the birds with little backpack satellite tags, and tracked them for several years. Overall, three quarters of the birds migrated, an average of 300 miles. And more importantly, if they migrated once, they did it every year—suggesting traveling is not a habit they switch on and off. 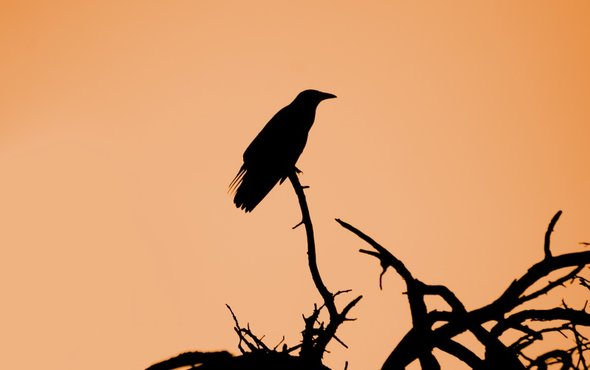 The researchers also found that migrating crows returned faithfully to the same breeding grounds every year—but were more flexible on where to overwinter. Which could be a good thing.
"Birds with these flexible strategies can change their behavior when the environment changes. Whereas other birds are more locked into their overwintering sites. And those birds may not be able to adjust so quickly or as easily to changing environmental conditions like climate change."
The study is in the journal The Auk: Ornithological Advances.
Next, Townsend wants to investigate whether migration is a mental trade-off for the birds—since migrants have to keep all that location data in mind. "So maybe it's not as good at solving problems as a resident bird that doesn't have to invest so much in that long-term memory." Then again, with all that time on the wing—migrants simply may not have as much free time to puzzle over problems.
Thanks for listening for Scientific American — 60-Second Science. I'm Christopher Intagliata.