JUDY WOODRUFF: We turn now to the Democratic presidential race. Candidates spent the weekend working to drum up enthusiasm among primary voters in the crowded contest. At a Saturday rally of more than 20,000 people in Queens, New York, Bernie Sanders had a clear message.

SEN. BERNIE SANDERS (I-VT), Presidential Candidate: I am more than ready to assume the office of president of the United States. To put it bluntly, I am back.

JUDY WOODRUFF: Less than three weeks after suffering a heart attack, the Vermont senator got a big boost, the endorsement of New York freshman Congresswoman Alexandria Ocasio-Cortez. As Sanders is seeking to establish the legacy of his political revolution...

SEN. ELIZABETH WARREN (D-MA), Presidential Candidate: Over the next few weeks, I'm going to be putting out a plan.

JUDY WOODRUFF: ... his progressive presidential rival, Massachusetts Senator Elizabeth Warren, is fending off criticism. It is over how she'd pay for Medicare for all, Sanders' signature health care plan, which Warren supports.

SEN. ELIZABETH WARREN: So, I have been working on this for a long time now. It's still got a little more work before it's ready to roll out.

SEN. AMY KLOBUCHAR (D-MN), Presidential Candidate: I think you have to show how you're going to pay for things. 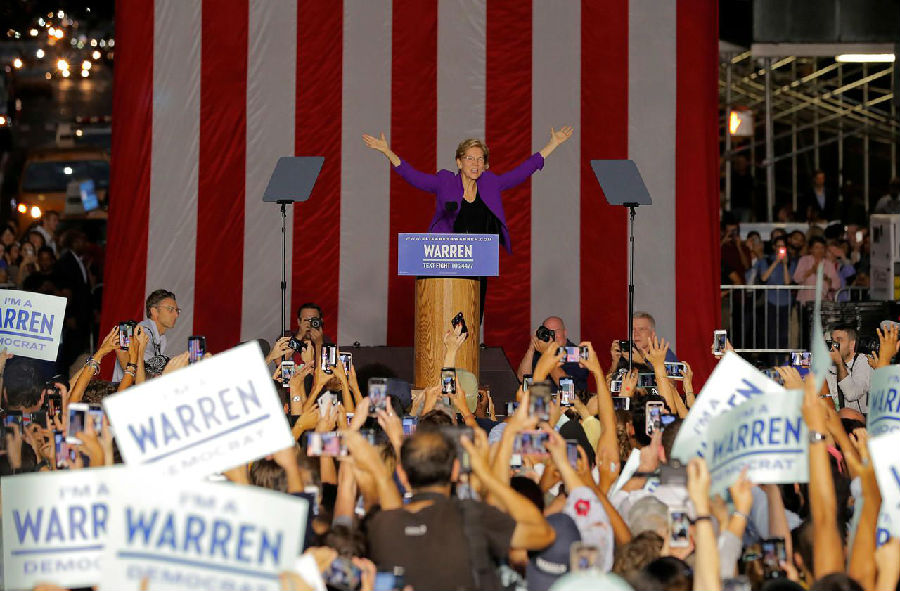 JUDY WOODRUFF: Meanwhile, centrist candidates like Minnesota Senator Amy Klobuchar and South Bend, Indiana, Mayor Pete Buttigieg spent the weekend building on the gains they have made in the race after clashing with Warren on health care in the last debate. Klobuchar enjoyed large crowds in Iowa, while a new USA Today poll of Iowa caucus-goers put Buttigieg within striking distance of former Vice President Joe Biden, Warren, and Sanders.

JOSEPH BIDEN (D), Presidential Candidate: American teachers deserve a generous raise, and I'm going to make sure they get one.

ANDREW YANG (D), Presidential Candidate: There are a lot of them in the Yang Gang.

JUDY WOODRUFF: Elsewhere on the campaign trail this weekend, Democratic presidential candidates still trying to break through in the crowded field held events from South Carolina to Alabama to Iowa.